One year ago today, I finished radiation and rang the heck out of that bell. After 33 days, I was ready for it to come to an end.  Radiation was tough.  I think a lot of it had to do with the fact that I built up a lot of dread in my head.  Too it was tough because a lot of what people told me didn’t quite match up to my experience.  Everyone, doctors included said it would only take a few minutes each day.  Well because it was my left side that was being treated near my heart I got to use a special breathing tube thing that would hold my breath for me in an effort to get my heart out of the field of radiation.  Those first couple of weeks, I was usually on the table for about 20 minutes.  It was 20 minutes of the therapist telling me, “Take a deep breath…your breath is held…you’re breathing now.”  After a few days, I got used to the rhythm of these commands and then they would change it up and a different therapist would be talking to me.  And when this happened I would always at least twice try to take a breath and have no such luck, so we had to start that breath hold all over again, seemingly only adding to my time on the table.  I guess I just want to put this out there for someone else to maybe read who might experience the breath holds during radiation also because it does take longer than just a few minutes.

Other things I would share with those going through radiation are that it can be hard because it’s lonely in there on the table.  Usually, every other step of the way there is someone else there to who can see what cancer treatment is all about.  In radiation, the therapists and doctors come in and out and during the actual treatment it’s just you and that can be hard sometimes.  I know there where days when I felt like a science experiment that had to remain on the other side of the wall.  I wish I could say that I had found some sort of magic cream that kept me from burning but I had no such luck.  I turned red and it was painful.  It got to the point where if I had needed any more days of treatment the doctor was going to take a break because my skin was so angry.  Thankfully, I only had two more days to go so we soldiered through.  I feel though that seeing my burned skin meant it worked.  I know that’s weird but whatever makes you believe right?  I think the most important piece of advice I can give to someone about radiation is to protect and pay attention to the back side of where you are getting radiation.  I got all sorts of creams and stuff to help the possible burning but they never told me that some of my back may get some radiation as well.  It wasn’t until it was too late that I realized I needed to pay attention to my back and to the area of my neck where they were radiating lymph nodes.  I just wish someone had told me about how far those radiation rays could go before I went through it. 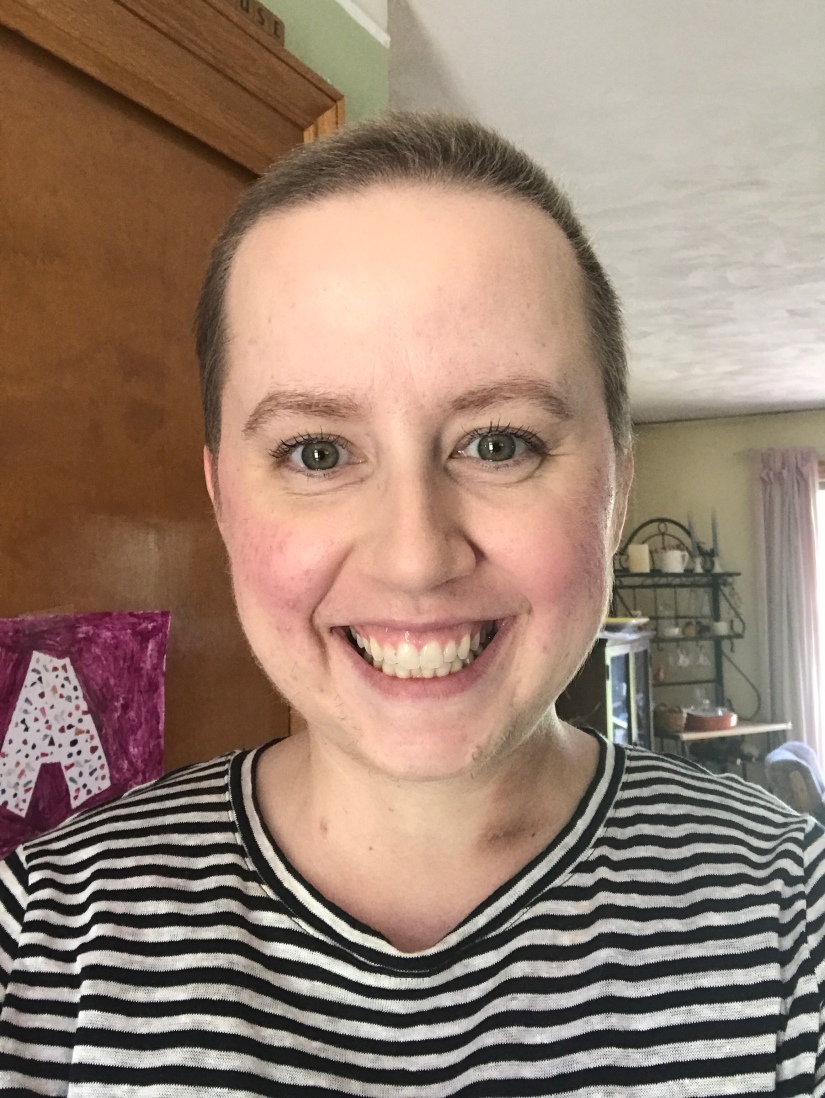 The burn on my neck was something I wasn’t prepared for.

Beyond moisturizing more than necessary, I would also tell people the end of radiation might be hard because it’s usually the end of active treatment.  I know for me it was difficult because for eight months my life had been all wrapped in cancer treatment and now the hard heavy part of the fighting was over.

View all posts by mandajgreenwood

Eyelash appreciation post.
Pink lipstick.
Earlier today I realized I don’t think I could live abroad because I would miss @timhortons. Good news there are Tims overseas should I want to move abroad!
Dear 37,
#firstpostchallenge sure doesn’t look like it was Christmas Day
No, I didn’t go to Canada. Every time I go to Belle Isle my phone likes to believe it’s in Canada. Also, had lots of fun @diadetroit! The Detroit Style car exhibit is awesome.
Loading Comments...
Comment
×
%d bloggers like this: